23 May, 2020, Kailua, HI. This year, the “Lei of Remembrance ceremony will be presented in video form. Every year for the past six years, the annual celebration – the ultimate culminating annual May event here in Hawaii – has been held in the courtyard of the State Capitol. In support of the State’s plan to stem the pandemic, the ceremony will be streamed for the first time on 29 May, Friday at 5-5:30pm. Streaming site will be announced midweek.

The Hawaii ALS Community Committee is responsible for organizing this annual event. It oversees celebrations held in the state to honor people with ALS and those affected by it. The Committee is composed of representatives of service agencies dedicated to ALS causes: ALS Association-Golden West Chapter, ALS Ohana, ALS Foundation of Hawaii, and the Muscular Dystrophy Association-Hawaii Chapter. Julie Hess, a community volunteer who has been fundraising for Project ALS, is also part of the Committee.

As In the face-to-face “Lei of Remembrance” ceremony celebration, the video incorporates the main parts of the ceremony, with a short introduction to provide context for those unfamiliar with the rite. It will start with a chant by Kumu Keahi Renaud, who will focus on the theme of this year: GROWTH. The signature stringing of the lei will be omitted but names of the dead – including some pictures – will be scrolled . At the end of the ceremony, John and Sandy Repczynski, representing the pALS and families, will read the Closing Prayer and Rededication. 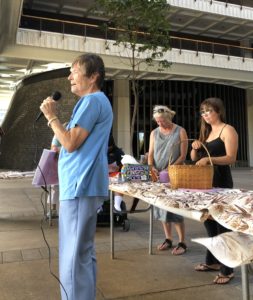 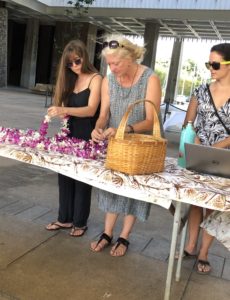 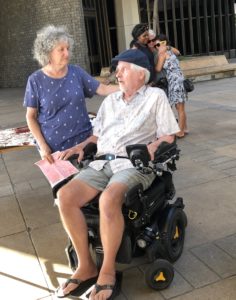 Since May last year, there have been 21 deaths in the ALS population. As of this writing, there are a total of 275 patients listed to have passed with the disease since 1998 when MDA-Hawaii started compiling data on deaths with ALS. There are about 71 patients in the state at any one time. Approximately, 28 new cases are diagnosed with ALS every year.