Justin Hendrix: “This is the End…NOT!’ 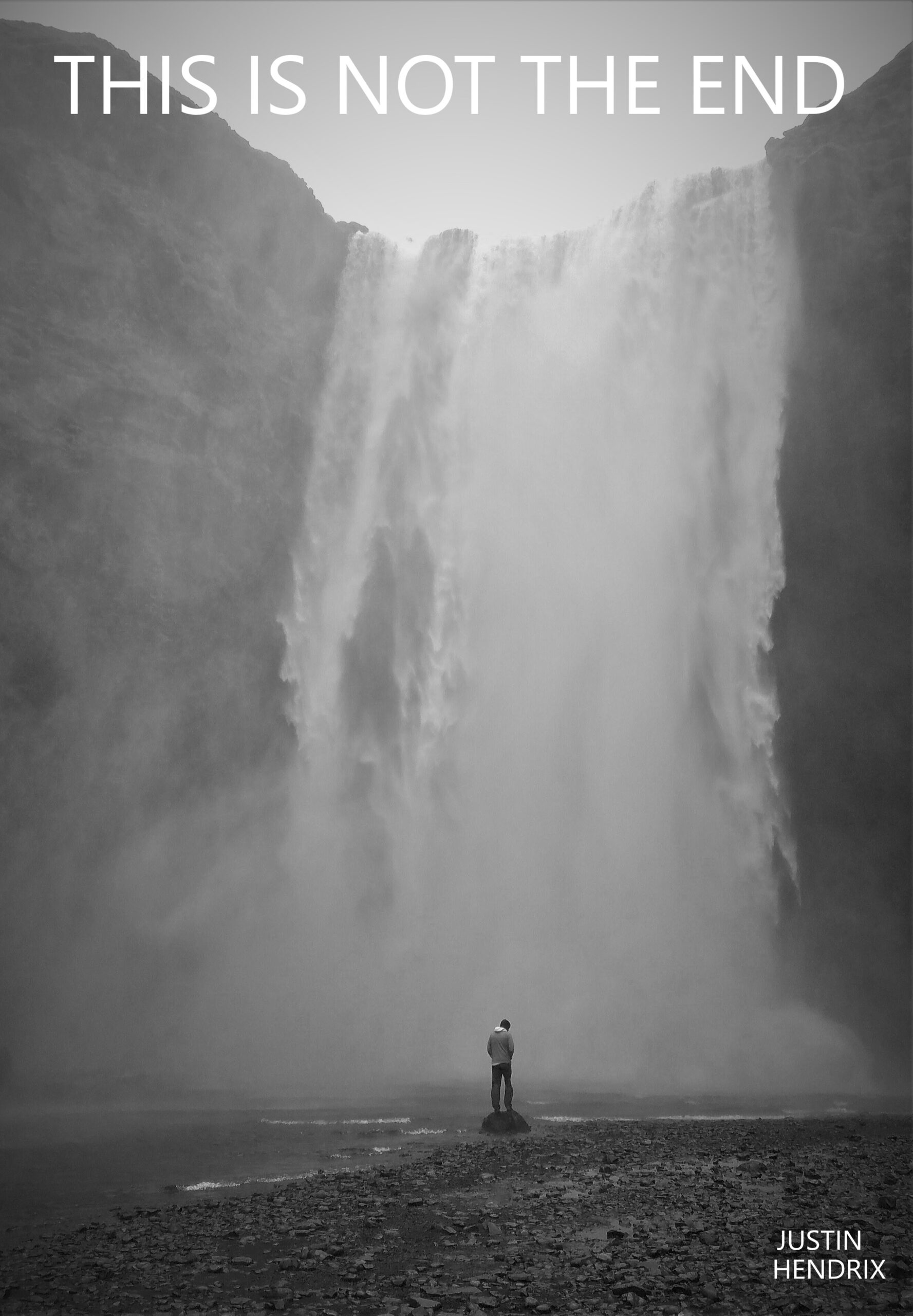 Finally! Justin Hendrix’s book has come off the press. “This is Not the End”, a self-published collection of personal experiences, heartwarmingly describes Justin’s life starting from when he heard from doctors in 2012 that he was terminally ill with ALS and what he did with what he thought was left of his life following that grave pronouncement.

While working on our brochure in early 2018, four people with ALS agreed to have their images on the brochure as the “faces” of those who would benefit from an ALS Residence in Hawaii.  Justin Hendrix was one of them; I had only barely met him at that time. I don’t quite remember at what point we had started talking about writing. But when he started the posting his essays on Facebook, I was smiling broadly each time, and pleasantly struck by the intelligence of his prose. His self-deprecating humor and irreverent language may turn off others but knowing Justin as I do now, these writing attributes could not be helped: they simply spell J-u-s-t-i-n.

He nicknamed me Filipino Tiger Mom for my role in nudging him into writing and collecting short stories as a way to further develop his interest and natural talent. Many pALS with chronic ALS have disovered second and third careers, even while experiencing the brutal later stages of the disease.  As an organization, we believe in supporting the continuous growth and development of a human being, especially in terminal disease. Encouraging Justin to write was fulfilling our organization’s mission.

Justin, on writing: “When the inspiration is just right, the act of writing can be almost ecstatic. Filled with joy. Accessing a part of your brain that you didn’t know even existed.”

Traditionally, to publish your writing is quite a different story involving editors and sending a manuscript to possible publishers. Today, self-publishing cuts down the steps and personnel involved. However, Justin cautions the faint of heart, “This part is all about formatting, and choosing a photo that represents your book properly, and writing a bio about yourself, and writing a description of your book that will hopefully give people to want to read what is inside. While not difficult on their own, these tedious tasks arrive at the trail end of a long and arduous process that is mildly exhausting mentally.”

When Justin would ask me for a critique of his essays, I gave it as honestly as I could.  But really, Justin needed very little encouragement. Like all natural wordsmiths, he was bursting with stories to tell and reading his prose is like listening to Justin talk story: animated, vivid, comic, and, almost always, philosophical, much like a fable for adults.

To read his essays is to know Justin and to love and respect the humanity, strength, authenticity, and compassion that forms the essence of his being.  One doesn’t go on a journey with a disease as traumatic to one’s self-image and personhood as ALS without it relentlessly rending your core, leaving you to quickly snatch as many of the pieces back and keep rebuilding while destruction of everything that is you continues unabated. Thus writing – or any other creative activity, for that matter – can be a redeeming, healing process in the exhausting and constantly bewildering life with ALS. In sharing with us insights in this part of his journey with ALS, Justin relives a lot of pain but also finds recovery in so doing. In supporting his work, we will partake in his endeavor to heal.

Without reservation, I urge you to get a copy: Kindle or paperback edition.  The paperback is available for $10 on Amazon.com at https://www.amazon.com/dp/B09KNCY4QV

Furthermore, in celebration of Thanks and Giving, Justin is donating all royalties coming from sales of the Kindle edition ($4.99 per copy) to ALS Foundation of Hawaii, up to November 25, Thanksgiving Day.

Please join us in enjoying “This is Not the End” and wish Justin a prodigiously productive writing future, ALS be damned!