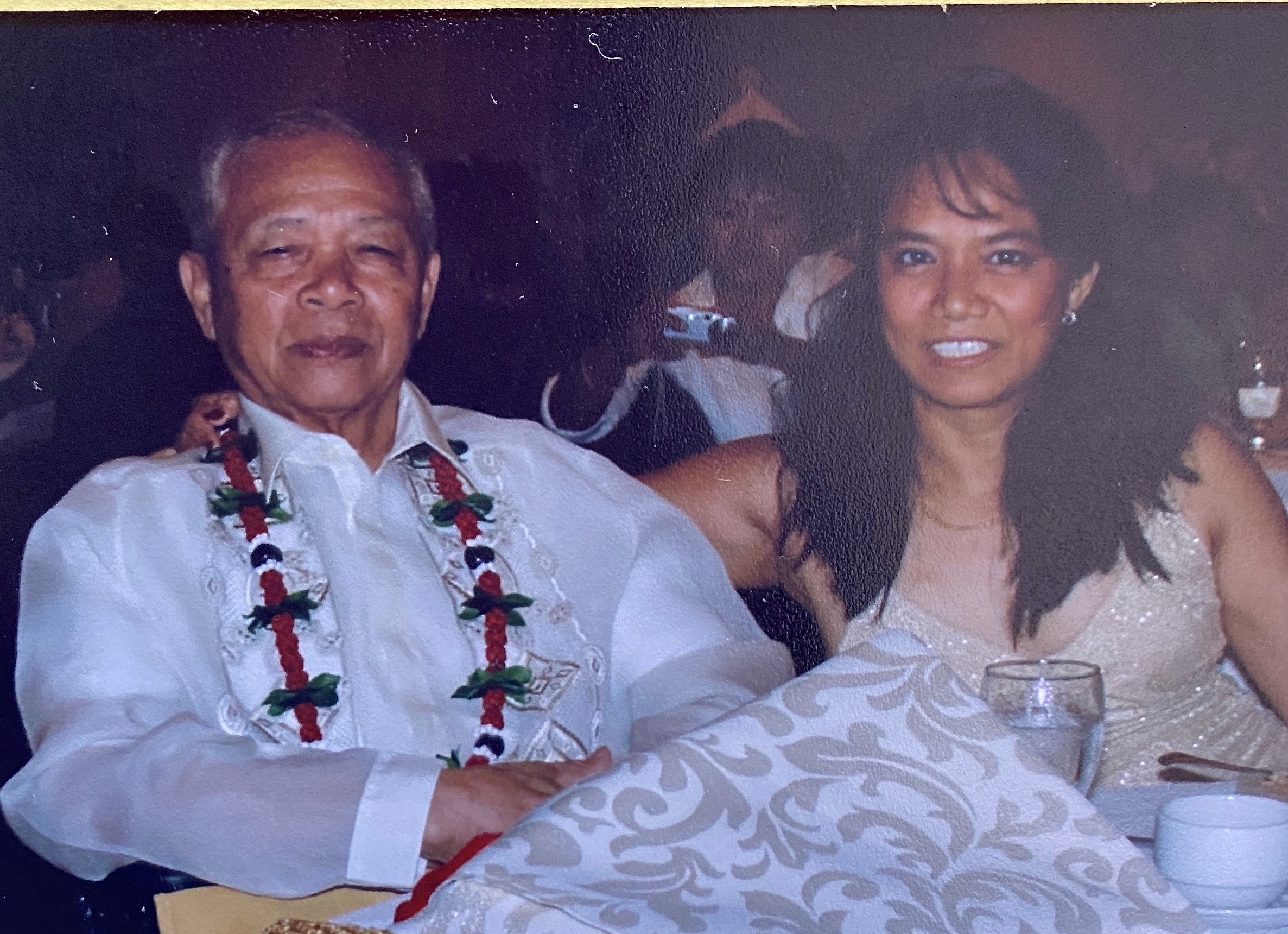 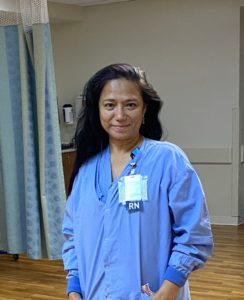 May 13, 2020, Kailua, HI.   Norgen Orpilla Dalit was an experienced nurse from the Philippines when she came to the US in 1991. Her older sister, also a nurse, had sent her to nursing school, for which Norgen has remained specially thankful. While in the Philippines, she worked in the OR and OB-GYN Labor and Delivery. Prior to finally settling in the US, she first detoured to Saudi Arabia, becoming part of the huge nursing force recruited from the Philippines to work in the Middle East.

“In 1992 I started working as an RN in high risk obstetrics at Kapiolani Medical Center for Women & Children in Honolulu. I decided right away to join the surgical team, a calling that I was very passionate about,” Norgen reminisces, “A few years later I decided to be more adventurous in my career and became the Charge Nurse in the Post Anesthesia Care Unit. Little did I know that I would be that for 27 years,” she laughed.

In 2002, while traveling with her parents in Europe, she noticed Dad Ben dragged a foot when walking. “It worried me because there were no other signs that would help explain it – stroke, fracture, wound,” Norgen explained. “I couldn’t wait to get home and take him to a neurologist!”

The worry about Dad was compounded by Mom Rose’s recent diagnosis of End Stage Renal Disease (ESRD). A retired teacher who was a very energetic and independent traveler, Mom Rose, at first, did not want to undergo dialysis; it would impede her travels. Good daughter, Norgen, promised to travel with her to places where there would be access to dialysis. Only then did Rose agree to surgery creating an AV fistula in her arm to facilitate dialysis. That trip to Europe with her parents was to cement the promise.

Upon arrival in Honolulu, Norgen took Ben to a neurologist who confirmed her worst fears. “I was beside Dad when he was diagnosed. It felt like a knife was slowly stabbed into my chest. It was hard to breathe at that moment. I knew that he would look to me to clarify everything about his illness,” Norgen sighed, “The tragic part was I knew very little about ALS. I looked for info everywhere!”

Up until he was diagnosed, Ben was apparently very healthy. He worked as a carpenter before coming to the US, where he then became an upholstery craftsman. Aside from borderline diabetes, he had no other health concerns. He was content to watch basketball on TV and occasionally smoke the tobacco that he brought from the Philippines.

With both parents now in very frightening health situations Norgen and siblings worked to cope. “To realize that our parents received tough diagnoses almost at the same time was hard for us kids to deal with. But we all did our part,” Norgen made clear.

Norgen and family mobilized to care for Rose and Ben. “We shared the decision-making required by their illnesses. Our very independent mom was still capable of taking care of herself, keeping track of her medications and arranging for her doctor appointments, so our attention was focused on Dad” mused Norgen, misty-eyed. 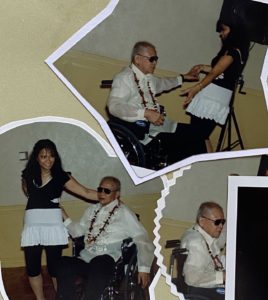 Norgen dances with Dad Ben in his wheelchair during her parents’s 50th wedding anniversary.

Because the siblings had other family responsibilities, Norgen became Ben’s primary caregiver. Before leaving for work, she would routinely bathe him, brush his teeth, feed him through a naso-gastric tube, and give his medications. The other siblings took turns watching and caring for him while Norgen was at work, following the nursing care plan that she developed for Ben. Knowing the natural progression of ALS, Norgen remodeled her home for accessibility. Ben’s room was like a small hospital room, with respiratory equipment such as portable suction machines and oxygen tank, chux pads, diapers, Ensure supplements.

As a nurse, Norgen was aware of the difficulties of caring for a pALS. “I experienced complex emotions such as worry, fear, guilt, frustration but I was determined to care for my father. It was out of love, not just from a feeling of responsibility,” she explained.  She and her siblings decided to give Ben the quality of life he served. Even though Ben was wheelchair-bound, they’d travel with him to visit Las Vegas, California, and enjoy being with relatives in the Philippines, a situation made possible by various nephews and nieces helping.

“My dad is my one and only true hero. He was such a devoted father. He made compromises and sacrifices for all of us. He worked tirelessly. It’s so vivid in my mind the many nights he would stay up to care for me during asthma attacks. I promised myself I would be by his side until the day he would pass.”  Exactly six years after he was diagnosed, Ben passed away at Queens Medical Center in Ewa Beach. His entire family was by his side until his last breath.

Meanwhile, Norgen continues to work as a frontline RN at Castle Medical Center. Recently, because of COVID-19, she and other nurses take turns testing patients who show up with symptoms for the virus. 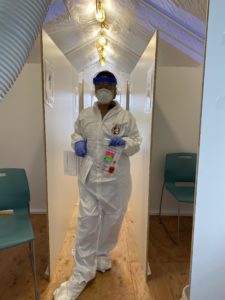 As a frontliner, Norgen was responsible for taking swab tests of patients coming into the hospital with COVID-19 symptoms. 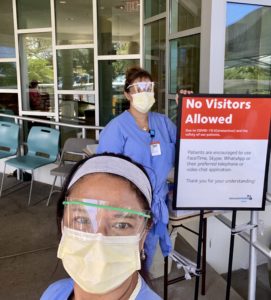 A few days ago, Norgen (in foreground) took a selfie of herself and a colleague outside Castle Medical Center.